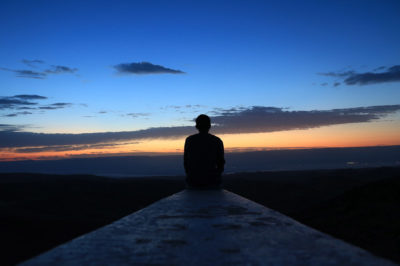 Don’t be conformed to this world.

Don’t be driven by what drives the world.

Don’t be intimidated by the world.

Don’t look for validation from the world.

Don’t compromise your standards in efforts to impress the world.

Don’t allow yourself to create affections for things in the world.

The world drives people to seek comfort, convenience, and independence at the expense of everything else.  This comes before and above relationships with family, friends, and God.

Everything has become about feelings. Feelings have been exalted to deaden any voice of spiritual conviction.

As people become more successful in the world their self-indulgences, and pride fullness, demands all their time and attention.  These commanding interests, of worldly desires, and self-made success become idols, that are actually viewed as victory.  It is a deceptive light in their life because – light is truth based on the word of God. Looking only to themselves they feel in control and have no need for God therefore their light is actually darkness.

When your light is darkness, how great is that darkness?

When people are spiritually asleep the demonic realm can catch them.    The deception is that people think that because they are tasting success in the world, God somehow seems irrelevant. Only in severe hardships will they reach out to Him.

You are a spirit; you have a soul and the spirit and soul is housed in a body. If you have not made the decision and the commitment to receive the life that Jesus offers, your spirit is dead and by default you will reap the reward of the demonic realm–death, loss, and destruction.

Unless you have made a decision to receive Jesus Christ, to be engrafted into Christ Jesus and become a new creation, you are not going to Heaven. If you are engrafted into Jesus, your old self dies, and your new life is transformed to be like Jesus. People no longer merely see you; they see Jesus being revealed through your life.

John 12:1 – 2 Then, six days before the Passover, Jesus came to Bethany, where Lazarus was who had been dead, whom He had raised from the dead. 2 There they made Him a supper; and Martha served, but Lazarus was one of those who sat at the table with Him.

John 12:9 – 11 Now a great many of the Jews knew that He was there; and they came, not for Jesus’ sake only, but that they might also see Lazarus, whom He had raised from the dead. 10 But the chief priests plotted to put Lazarus to death also, 11 because on account of him many of the Jews went away and believed in Jesus.

The demonic realm will always position itself to kill off any testimony that reveals the truth concerning Jesus and the authentic gospel.

Doctrines can be debated, but supernatural displays of power and authority using the name of Jesus cannot.

Christianity is God given and religion is man-made.

Religion tends to make you think you are an expert. The Pharisees, chief priests, were religious. As we saw above, they wanted to kill Lazarus.  They did not want to lose their control to this man named Jesus.

Religion teaches the lost to gain security by following their doctrine, they end up feeling better about themselves, and they receive a false sense of victory and accomplish it in their own human strength. These victories are seen as light. Yet without God at the helm they are operating in the dark.

Unless darkness sees true light, darkness will always assume that it is light itself.

Satan loves to invade those who consider themselves to possess a religious mindset.  Those who walk in doctrines, incorrect religious teachings, that are obtainable through the development of human strength, and pride, obtained through their own ability, without dependency on God.

Prove your character by making right choices when there is a war to make wrong ones.